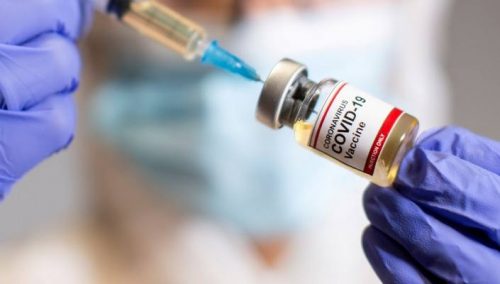 Geneva, Switzerland, March 16, 2021 / TRAVELINDEX / Just over one year since the World Health Organization declared a global pandemic, a new World Economic Forum/Ipsos survey found notable increases in COVID-19 vaccination intent with a majority wanting to be vaccinated as soon as possible.

“The trends are good, but new variants are more contagious and with vaccination intention rates as they are currently reflected in the study, we would not reach herd immunity,” said Arnaud Bernaert, Head of Health and Healthcare at the World Economic Forum.

“Experts suggest between 70% and 85% of a population should be vaccinated in order for herd immunity to be achieved,” he continued. “Communication and education efforts are more critical than ever. We are on track, but should not relax our efforts.”

Adults who strongly or somewhat agree they would get a vaccine against COVID-19 make up a majority in all but one of the 15 countries surveyed.

Breaking down the data further, the percentage of those who answered “strongly agree” has increased in every one of the 15 countries since a similar survey was conducted in December.

Since then, within this “strongly agree” category, eight of the 15 countries saw an uptick in vaccine intent of more than 20 percentage points:

How soon would you be vaccinated?

In 11 of the 15 countries surveyed, most plan to get the vaccine immediately or within one month once it is available to them:

The survey was conducted by Ipsos on its Global Advisor online platform, February 25-28, 2021, among adults 18-74 years of age in Canada, South Africa, and the United States, and 16-74 in Australia, Brazil, China, France, Germany, Italy, Japan, Mexico, Russia, South Korea, Spain, and the United Kingdom.

This document includes comparisons with data from a similar survey conducted on the Ipsos Global Advisor platform, December 17-20, 2020, and July 24-August 7, 2020.

Where results do not sum to 100 or the ‘difference’ appears to be +/-1 more/less than the actual, this may be due to rounding, multiple responses or the exclusion of don’t knows or not stated responses.