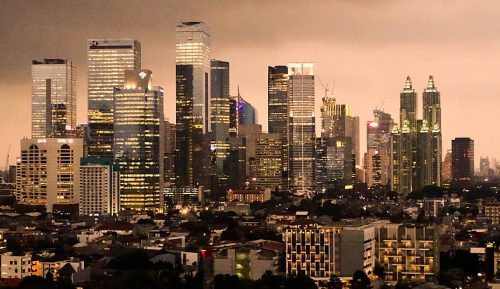 • Addressing the global challenges faced by the travel and tourism industry.

The St.Ange address as part of a discussion panel was much awaited in Africa as he was known to have been championing the increasing of trade and tourism ties between Africa and the ASEAN Block. Alain St.Ange, a Tourism Consultant who was based in Indonesia for a while, has been working through FORSEAA (Forum of Small Medium Economics AFRICA ASEAN) to push trade and tourism to Africa from the ASEAN Countries. St.Ange is also working to increase visibility of tourism destinations and to give a long-overdue voice of small and medium-size travel and tourism businesses right around the world which was not surprising to hear the interest from the continent about his address.

St.Ange started by emphasising that tourism needs political support as that remains key for the industry’s success as he congratulated the Vice President and the Tourism Minister for both being present at this edition of the World Tourism Forum. He went on to push as he reminded the Indonesian Government of the many tourism potentials Indonesia has been blessed with, but he said “such potentials and investments in developing them would be wasted if Indonesia does not use everything at its disposal to increase visibility of the country”. Alain St.Ange also pointed out that in the new normal and as post covid is being discussed it was important to appreciate that every tourism destination would be fishing from the same lake for their discerning visitors and that the most innovative and prepared destination would be better placed to embrace post covid trade.

The former Seychelles Minister also spoke about niche markets from the traditional one to Agro-tourism, religious-tourism, sports-tourism, halal-tourism etc saying that every stone must be turned in the search for new tourism markets. He spent time elaborating on the need to set the course for the country and to then deliver on price matching service bearing in mind that the country is the destination and that the country needed to be prepared before someone from the panel reinforced that ‘walk the talk’ was now more important than ever. The former Minister, now a Tourism Consultant also spoke about joining forces with neighbours and friends and cited Africa as the example of a continent needing its tourism industry and going all out to make it work.

• Addressing the global challenges faced by the travel and tourism industry.