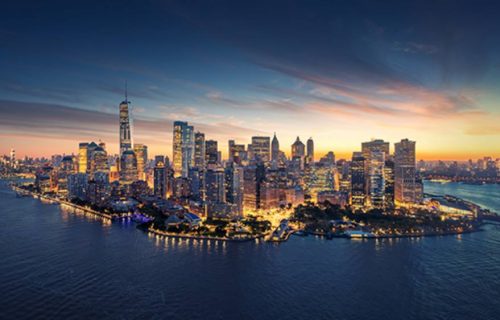 The restoration of ‘air corridors’ between the world’s top financial centres are vital to reviving international business travel and help kickstart the global economic recovery, according to the World Travel & Tourism Council (WTTC).

WTTC, which represents the global Travel & Tourism private sector, says it is crucial that international business travel resumes, following its near collapse due to the coronavirus pandemic.

WTTC is calling for the introduction of a pilot scheme, involving airport-based testing, followed by a second test just days later, for travel between the financial hubs of London and New York, with the aim of re-starting business travel.

An analysis of Public Health England’s data by WTTC suggests two tests in quick succession could be 80% effective in identifying passengers with COVID-19, and thus reduce the quarantine period from 14 to four to six days or no quarantine at all.

The restoration of international business travel across the Atlantic, could benefit the entire Travel & Tourism sector; from airlines and hotels to travel management companies and ground transport providers, reviving tens of thousands of jobs and a multitude of companies which depend upon business travel for their survival.

However, WTTC warns this will only happen if the government takes a targeted approach, ditching blunt country-wide quarantines which have a devastating economic impact.

Gloria Guevara, WTTC President & CEO, said: “While the recent ‘island policy’ introduced by the UK government marks a step in the right direction with a more targeted approach, WTTC believes a laser-like focus is necessary to reopen key international business routes, which could provide a significant economic boost.

“Every time the UK government places another destination on its quarantine list, the economy suffers. International business travel is the lifeblood of the global economy contributing more than US$272 (£215) billion a year. Therefore, the government should abandon quarantines which don’t work, and focus on more targeted measures like ‘city corridors’.

“The WTTC pilot scheme with its twin test regime, will help reassure corporates that it is safe for their employees to travel and remove the need for unhelpful quarantines.

“We need a concerted international framework at the highest level to introduce comprehensive, rapid and cost-effective testing at airports, with a worldwide accepted standard of contact tracing and widespread use of face masks.

“To continue with the current chaos would be a huge mistake and would cause further severe economic damage and unnecessary hardship to millions around the world.”

Last week, WTTC revealed a staggering £22 billion – or £60 million a day – could be lost from the UK economy due to the collapse of international travel during 2020.

Travel restrictions, such as quarantines introduced by the government, has seen international travel and visitor numbers to the UK collapse. International visitor spending was predicted to plunge by 78% compared to 2019 levels, putting three million UK Travel & Tourism jobs at direct risk of being lost in a ‘worst case’ scenario mapped out by WTTC economic modelling.

WTTC has continually been at the forefront in leading the private sector in the efforts to rebuild global consumer confidence and encourage the return of Safe Travels.

It also says there is ample evidence from other countries which suggests only those who test positive for coronavirus should be quarantined.

WTTC advocates the implementation of a rapid test and trace strategy, with strong collaboration between governments to ensure a standardised global approach to the crisis, which is critical to contain the virus and enable people to travel in safety.